Public awareness & public shaming is a great tool for society. Law professor
​Child poverty is a simple issue made complex by a billion dollar "for profit industry". I have much knowledge of economics & 20 years of experience in social sciences..... The single largest industry in Canada is family law. Family law industry grosses more profits than criminal & business law. All that money flows from families to lawyers & judges. Family law is corrupt to it's core and allowed to happen due to a short sighted economic theory (Keynesian economics) & greed... For example, a few months back I was dragged into New West family court by my ex-spouse from 15 years ago as she demanded I pay $5000,00 cash every time I wanted to see my teenage sons.(yes, you read correct $5000!) The courts and her lawyer Rebecca Stanley were completely aware this was crazy in every way and would ultimately put me into poverty to the point of homelessness. So lawyer Stanley took her massive legal fee (from the mentally ill mom), the judge made $900 in filing fees (mostly paid by me) and I won my case in court! Ya, I won !... Yes, I get to see my own children of which I have now paid a total of approximately $350,000 dollars to accomplish over the last decade. I now have no life savings & live on a few thousand dollars a month due to these relentless attacks. Like many of my contemporaries being abused by morally & ethically challenged family law lawyers, my health has suffered greatly...
To put into context: 50% of all marriages/separations end in Canada. Many parents don't have the $350,000 dollars to pay these ransoms and many pay what they have and are eventually left financially broken as they now can't afford shoes for their children...I have also watched lawyers eat up all the proceeds of horrific ICBC crashes and leave parents (ICBC customers) with next to nothing from their settlement. Again, the children suffer the results as morally bankrupt lawyers take the lion's share of the money. Distribution of wealth by bandits leaves children in poverty and drives up the homeless rates. Until the legal profession in Canada is regulated, more children will slide into poverty. Peace. . . https://www.straight.com/news/1346841/child-poverty-bc-still-high-ever
In Feb of 2020, the BC Government (David Eby) announced that ambulance chasing lawyers would be mostly eliminated from the government's ICBC claims process. Essentially what David Eby said is that lawyers are stealing from the customers(which most taxpayers have known for years) ....  But what is going to happen to the thousands of adversarial ICBC lawyers?... Most of them will gravitate to family law and put more pressure on families going through divorce & separation. There is no doubt that bankruptcies, suicides, emotional & financial pain directed towards dads, moms and children will be the outcome. David Eby MUST create a true regulatory body beyond the corrupt BC Law Society to hold lawyers in BC to account before this newest tide of despair is unleashed on British Columbia. Peace. 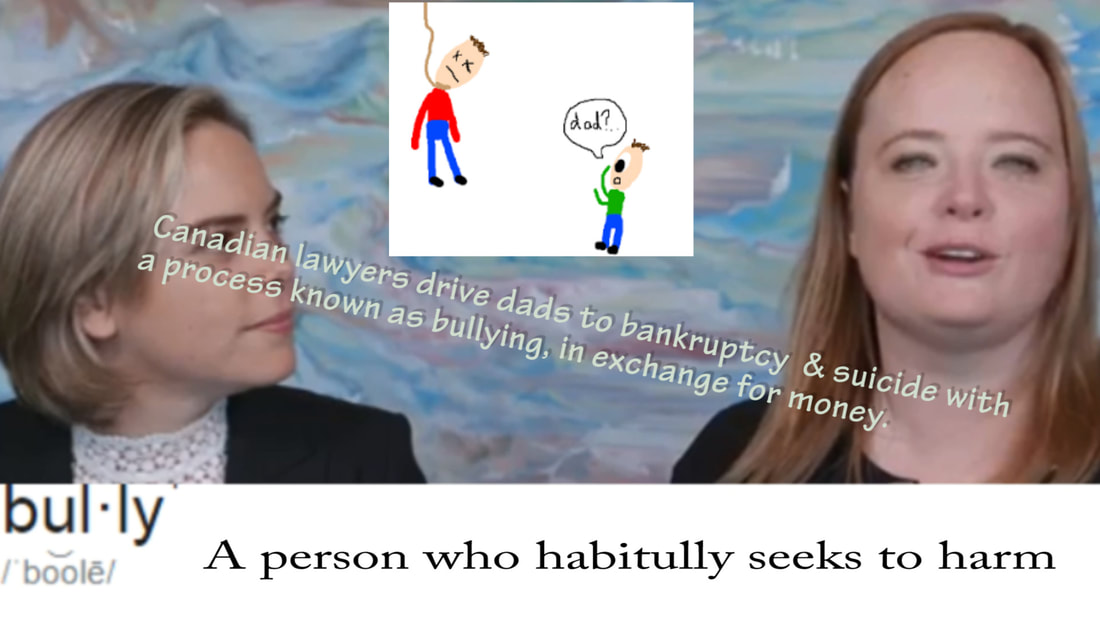