At any given time on any given day, thousands upon thousands of Canadian parents are driving their vehicle to a family court-house & or family law lawyer to "fight" with their life savings for a "chance" to "win" a normal relationship with their own children. Of course a "win" or "loss" will depend on further luck of the draw, as parents will stand in front of a different judge nearly each time. Some judges are sociopath, some judges are just psychopath & some just fall asleep as the parents are herded like cattle for emotional & financial slaughter in front of the raised desk known as the bench
The family law cartel owned & operated by rich powerful elites in Canada (yes, family law judges are appointed by elites such as Liberal leader Justin Trudeau or which-ever elite is at the helm at the time you read this). The family law cartel made up of policy makers (dirty secretive technocrats & bureaucrats with direct ties to politicians that write policy to create max conflict which equates to max profit), political leaders such as Trudeau that hand pick judges for Supreme family courts throughout the country and of course family law lawyers who are required to give the courts & politicians a massive kickback for helping them get a huge $300 hour slice of the live savings of Canadian families "fighting" in our dysfunctional family courts as children are held hostage by dirty policy makers, judges & lawyers.
In a excerpt from a dad who has driven his vehicle to lawyers & court approximately 50 times, he describes how his common sense request was turned into an environmental nightmare for the planet & put his life at risk as the court extracted it's profit. 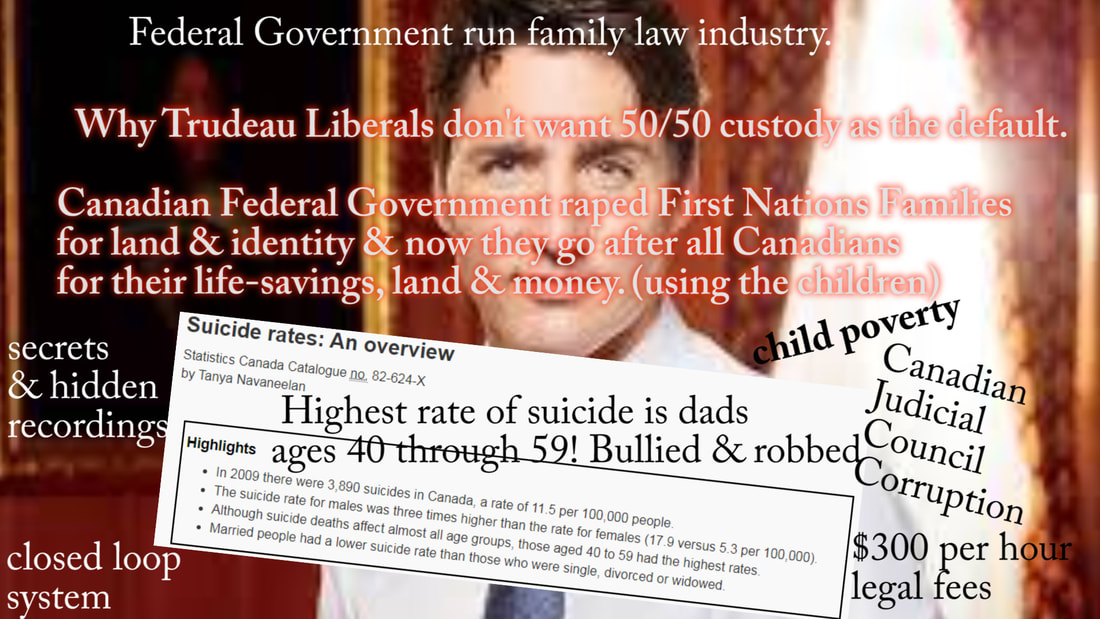