CBC is arbitrarily censoring Canadians who expose the family law industry & possibly CBC illegally colluding with Trudeau's Canadian Government in it's new censorship regime. View email sent to CBC Ombudsman whom is paid by Trudeau Government.
The CBC Ombudsman replied & said it's not his mandate to work, as he is just a white man hired by his elite white cronies to cash paychecks(paid with your tax dollars) & deflect responsibility/accountability, but was kind enough to provide a webpage where I could challenge the CBC censorship on it's FB page. Click here. Thanks, CBC reply on Jan 11,2021 so far is automated.
CBC Ombudsman (Jack Nagler) shrugs off CBC's oppressive censorship of comments on CBC Facebook & neglects his duty to investigate
CBC ombudsman (jack nagler) contacted again on feb 8, 2021 after cbc stalling tactics
Email to Jack Nagler (the CBC ombudswhiteman) 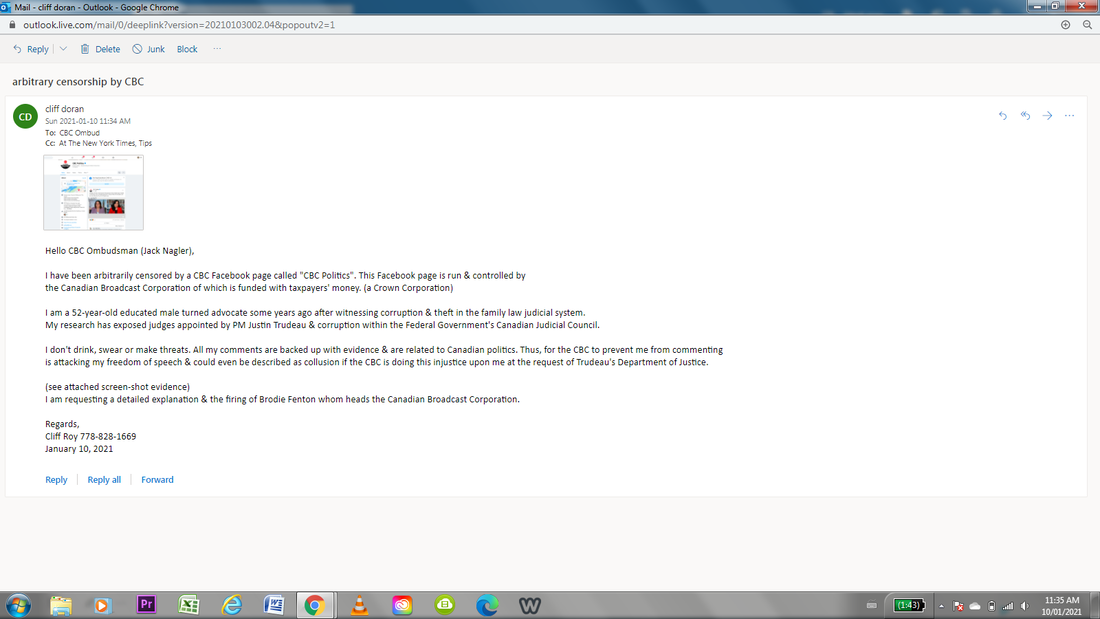 Many Canadians understand the Canadian Broadcast Corporation to be a Liberal feminist extremist organization run by hateful women. But the CBC is actually run by the Canadian Government using taxpayer money. The CBC is run/controlled & deployed by the white elite in Canada as a weapon to falsely paint all other men (besides themselves) as evil wife beating dead beat dad monsters as a way to elevate themselves to "white knight" status & deflect attention away from "white spread crimes" against the non elites. Re; family law horrors and multi-billion dollar theft & debauchery by the white elite. The executive group that run the CBC are all white & vast majority are white men. The guy on the left is Brodie Fenton who is the highest up at the CBC & equivalent to PM Trudeau  in power and the guy on the right is the CBC Ombudsman Jack Nagler hired to smile, cash a huge paycheck & deflect criticism of the CBC. 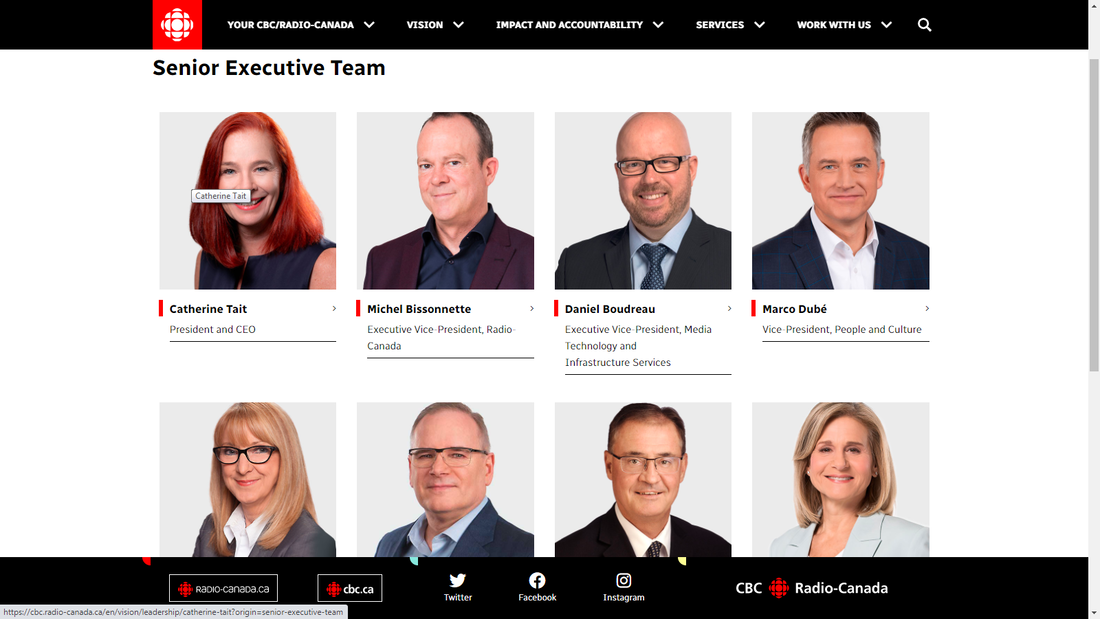 Advocates & dads have been silenced & ARBITRARILY vilified with full knowledge by cbc
CBC is a powerful secretive government propaganda machine run by white Liberal elites ("a vehicle to provide massive paychecks to white elite cronies)
CBC supporters attack the person instead of debating the issues. Termed "swords & shields" by political scientists who study DEMOCRACY & corruption
A dire message from Conservative MP Pierre Poilievre  regarding the CBC (well actually it's a weak response, but he @least responded)
is cbc suppressing conversation around canadian JUDICIAL system that has been exposed for racism & corruption 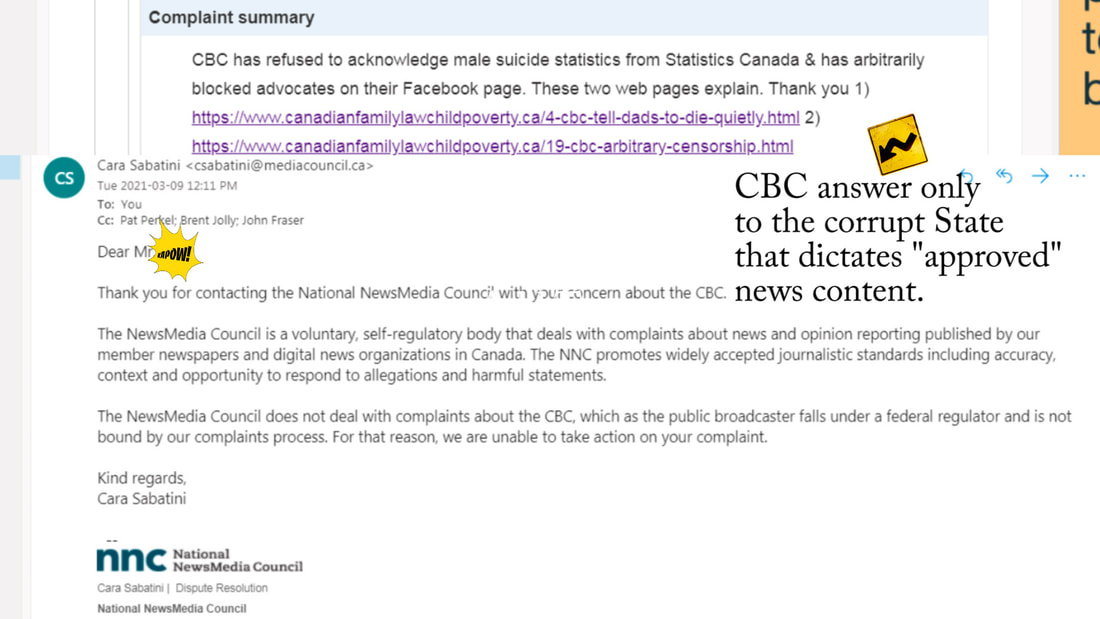