For years the federal government of Canada has been promoting the slogan, "Best interest of the Children". Yes, the best interest of lawyers & judges' children.
Family law lawyers charge approximately $300 per hour while judges make over $350,000 per year. All this money is pried from parents in an elaborate extortion scheme called family law run by government. This man is David Lametti and he is currently the head of the family law scheme and a very dangerous man given the title of federal Minister of Justice for Canada.
David Lametti appointed Justice Ward K Branch to the BC court system, who in turn has been caught denying parents access to their own children and facilitating access to these same children to accused pedophiles with long documented criminal records. Dads and parents cut off from their own children has had palpable fallout; Lametti and his family law cartel members have increased homelessness, child poverty, suicide, teen violence, child pornography industry, drug deaths & bankruptcy while lawyers, judges and other family law cartel members' pockets bulge!
"Best interest of the Children"! 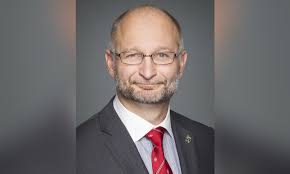