The New Westminster, British Columbia court house is like stepping back in time. A time of white supremacy & untold white power. The Greater Vancouver area is made up of 50% visible minorities, yet I have never seen a non white judge or master in this court house. The walls are lined with with 98% white judges only.  Of the 28 judges pictured on this feature wall at the top of the steps to the second floor, all are white males except for one white female & two non white men. The white queen is displayed in a huge portrait on the adjoining wall. The newest judge hired in 2017 for the New West court is again pure white (Justice Ward Branch). I asked the New West courts for 50/50 custody of my children and they said NO. I asked for time with my children beyond 4 days a month and they said NO! I asked for the right to take my children to doctors appointments & counseling and they said NO!, even though I have no criminal history and do not drink or smoke. I have been to the archaic New West court house of horrors well over 20 times begging to see my children as I throw my life savings at their feet. The judges & masters laugh and stuff my money in their pockets.
In approximately 2012, a good friend of mine walked into the Vancouver courts & requested 50/50 custody of his own
children and a East Asian / Canadian female judge said YES! This dad has never had to go back to court and spend money in the family court system again. (maybe this is why Justin Trudeau & the Liberals appoint mostly white judges in Canada?)
***DO NON WHITE JUDGES & NON WHITE FEMALE JUDGES VALUE FAMILY UNITY AFTER DIVORCE MORE THAN WHITE JUDGES?***
of 100 new federally appointed judges in Canada, 98 of them are WHITE! wHAT IS \
GOING ON jUSTIN tRUDEAU? iS IS STILL 1970 IN cANADIAN COURTS? 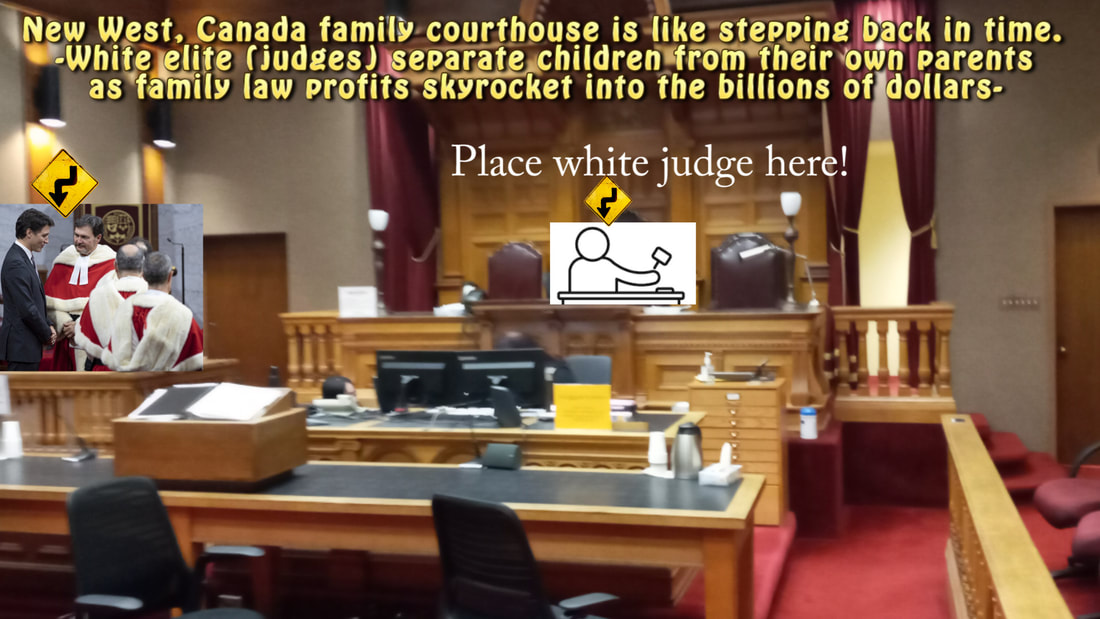